New Store for All Things David B 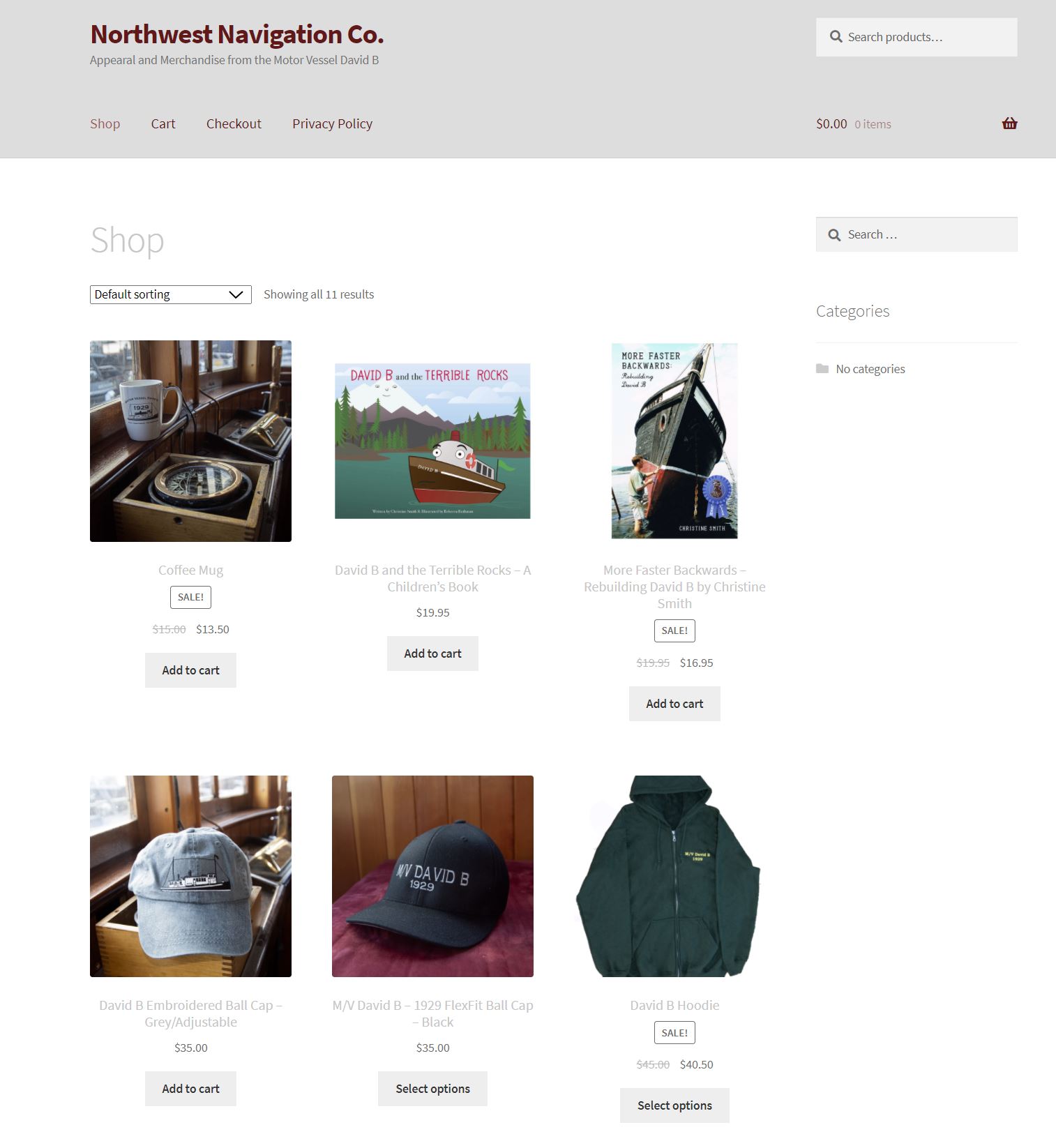 After years of saying we should have an online store for all of our hoodies, mugs, hats, books, and things, we’ve finally done it. It went live this morning and we’re so excited to have a way for you to buy cool David B products without having to be on the boat.

More products are coming to the store, such as gift cards, photographic prints, and our own special blend of coffee called All Cylinders. To help us celebrate our new online store, you can use the coupon code YayMerch for a 10% discount for your CyberMonday purchase today through December 1, 2020. Visit our new store and find fun gifts for yourself and others.

For now, we are only able to sell to addresses in the US. Hopefully, someday we can expand to other countries.

christine
No comments
Categories: Books, David B and the Terrible Rocks, Uncategorized

Looking for something fun to do? It doesn’t matter if you’re a kiddo or a kiddo at heart, we all love to color and learn. Click on the images below and a new window will open with a full-sized downloadable coloring page based on the kid’s book, David B and the Terrible Rocks. We’d love to see what you or your favorite little one does. Feel free to take a picture and send it to us by email. Also let us know if you would like us to show off your artwork in our newsletter, or on our Facebook, Instagram, and Twitter pages.

Buy a copy of David B and the Terrible Rocks…

Color in the David B and explore your feelings and emotions.
Click here or on the image above and download your own copy.

Get to know Dolly Porpoise and learn about some of the things that make her special.
Click here or on the image above to download your own copy.

Pre-Order your copy of David B and the Terrible Rocks

PRE-ORDER DAVID B AND THE TERRIBLE ROCKS

David B is now a children’s book character! Join David B and his marine and forest friends on adventures in the Great Salmon Sea! David B and the Terrible Rocks is the first in a planned series of books to inspire children’s curiosity in nature, problem-solving, and social skills. The series is eye-catching, witty, and a delight to both parent and child. Recommended age 3-5 years old.

David B didn’t want to go home to Comfy Cove. He wanted to stay up late, just like the big boats that would pass by his anchorage in the middle of the night. Instead of going home, he decided to keep on exploring. As it turned to night, David B marveled at how the water sparkled in the moonlight. The moon began to set, and his wonder turned into caution, then fear as he remembered an old tale of boat-eating rocks that would come to life on moonless nights. In the dark, he hears something breathing, but it’s not the scary rocks. It’s something else…

Written by Christine Smith and Illustrated by Rebecca Rothman.

Available December 2018 in paperback. Pre-order now for the Holidays.