Ever wonder what happens on one of our 4-day San Juan Islands escapes? Now you know what scenic anchorages we took, what amazing food Christine made and what incredible sights we saw along the way with a day-by-day breakdown. 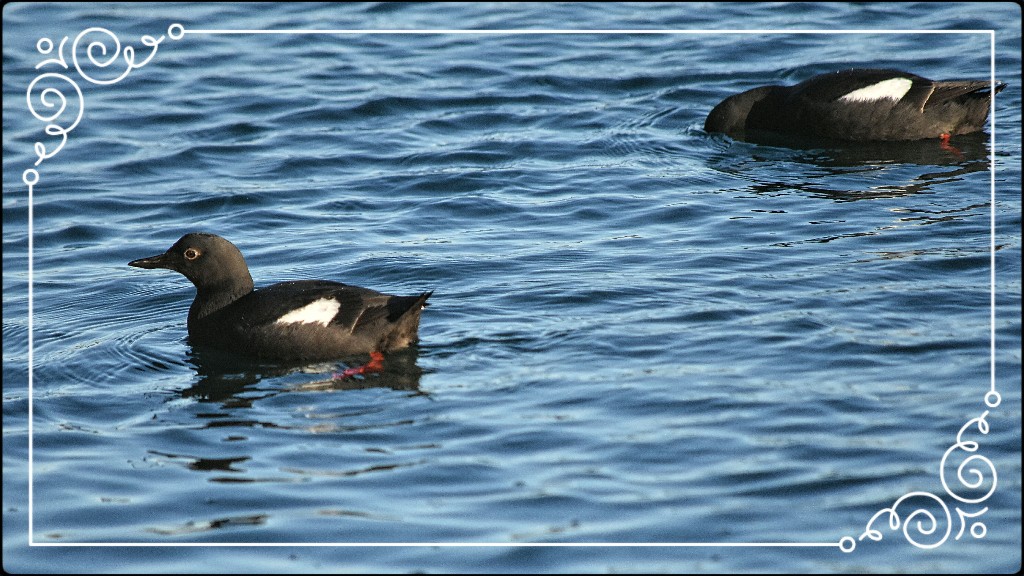 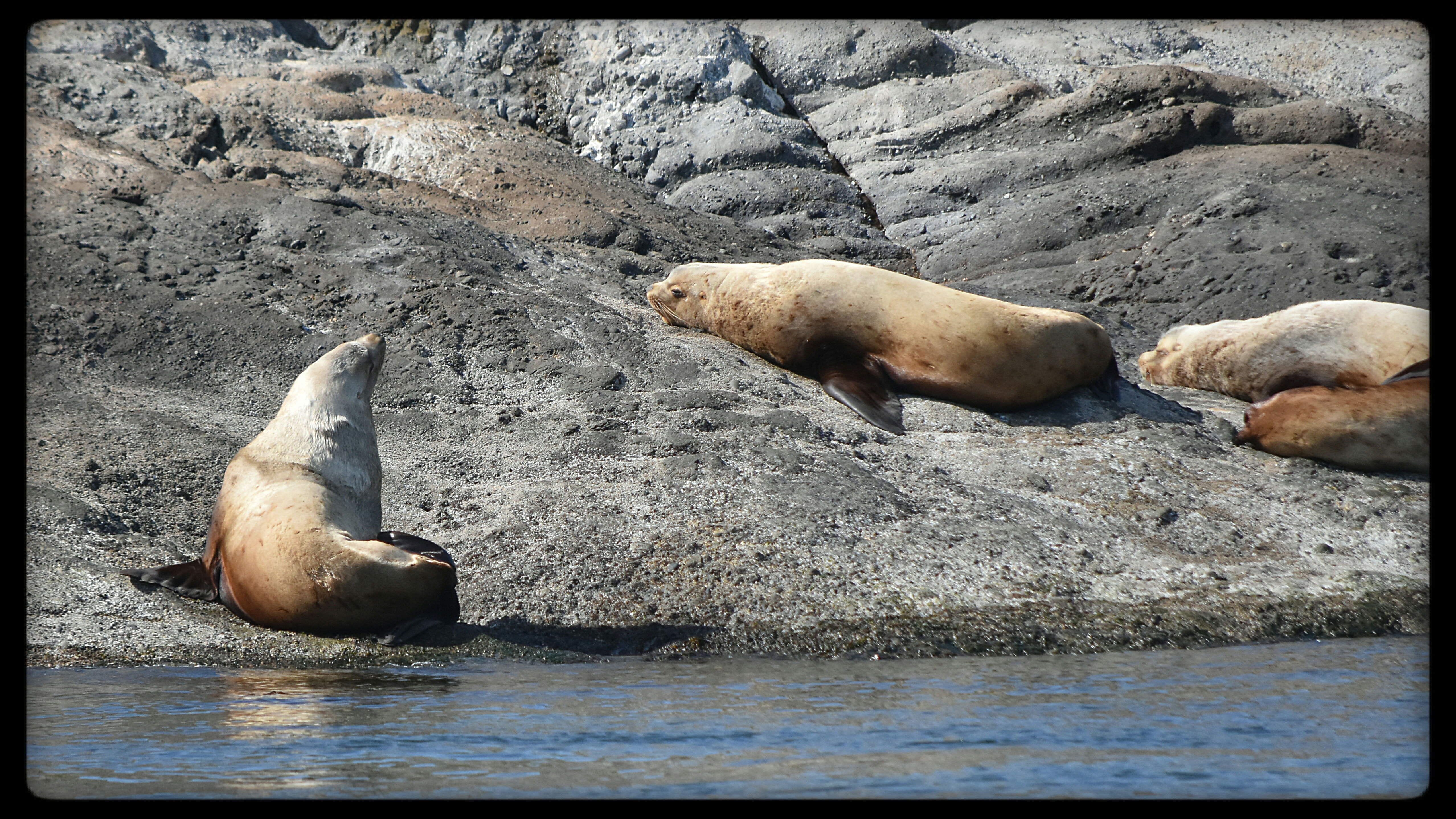 Day 4) 29 April – Blind Bay to Rosario Resort, then a return to Bellingham

Experience the San Juan Islands in person! We still have plenty of spots available once the David B returns from Alaska in August. Just look at our Schedule and then email Sarah@northwestnavigation.com to reserve your spot today!

From Christine and Jeffrey,

Thank you to everyone who helped us with the Tin Hat Project and everyone who came to our open boat on Saturday. This was an incredibly fun project that turned out more beautiful than we imagined!

We reached a major milestone in the Tin Hat Project this week, we put on the hat.

Early Tuesday morning just in time for sunrise we got underway. It was cold, sunny and beautiful on Bellingham Bay as we moved the David B from our slip in Squalicum Harbor to the Landings at Colony Wharf where a crane was ready to lift the Tin Hat from the shore and place it on the David B. Check out our latest video update to see us driving the David B as a convertible, the Tin Hat being lifted and set in place, and then heading back to our slip.

Thank you to Fluid Fabrication for a great job on the Tin Hat, and thank you to The Landings at Colony Wharf for a such an impressive move!

Now that The Hat is on, we have a lot of work to do to get it outfitted and ready to go for spring! We hope you’ll keep following our progress and maybe even come along on a trip with us in Alaska, the Inside Passage or in the San Juan Islands this summer to experience for yourself the new and improved David B!

Well, it’s been scheduled, the day is almost here, and so long as there aren’t any unanticipated problems or bad weather, the Tin Hat will be lifted onto the David B next Tuesday, December 6th! We don’t have an exact time yet, but first thing in the morning, we’ll be driving the David B to Colony Wharf in Bellingham where the new pilothouse will waiting on a trailer and a crane will be ready to lift the house on to the boat.

If you’re interested in watching,we’d love for you to come on down. If you do, park on Roeder Ave in the block between F street and C street or on C street by Hana Teriyaki and walk in since there is a lot of construction going on around Colony Wharf.  It’s pretty obvious where to go because there’s really only one big crane in the area. Feel free to email me if you need directions.

As the off-season moves along, I’m getting really excited for our upcoming cruises this summer. I can’t wait to see people on the boat relaxing in the saloon or watching whales outside under covered decks. It’s going to be amazing! Be sure to send Sarah an email or give her a call at 877-670-7863 if you are interested in any of our Alaska, Inside Passage, or San Juan Islands trips this summer or beyond.  2017 is going to be the best year ever!

This week saw lots of progress on the Tin Hat Project. We stopped in at Fluid Fabrication to see how things were taking shape. They’d begun assembling the framework for the front of the pilothouse. It was the first time we got to see the curving lines of the new house for real. We’re not sure exactly how long it will take them to finish welding, but my feeling is soon. Maybe just a couple more weeks until we can bring the boat over and have the house put on.

While the welders have been busy, Jeffrey, Tim, and Greg have continued on all of their

projects. Jeffrey’s work on the refrigeration system is shaping up nicely, and Tim’s been steadily preparing the boat so we can quickly and efficiently install all the systems in the new pilothouse. Greg’s been turning out windows and doors all week. Our good friends Pete and Jackie graciously loaned us the use of their garage to set up a varnish shop, and with the help of their daughter Naomi, I got started on the bright work. I also put together a little video for you to enjoy…

here’s been a lot of progress on the Tin Hat Project in the last couple of weeks. We ended our 2016 cruising season on October 9th, and starting on October 10th with the help of some friends and family, we began removing everything from the David B to prepare for the new pilothouse.

We also welcomed back employees Greg K. who worked for us on the original rebuild project 12-years ago, and Tim A. who’s worked with us off and on for ten years as both a kayak guide and a jack-of-all-trades.

One of our first big projects was to remove the mast. It took a day or so of preparation before we
took the boat to Seaview North Boatyard. The weather was perfect. We pulled into the bay where we are usually hauled out of the water, but instead of having the TraveLift pick us up, they brought out a large crane came. The crew then set up some rigging and in less than half an hour, the mas

t was lifted out of the boat and onto ground. Later we removed all the hardware and bucked up the mast. Back in 2006 when we placed on the boat we followed an ancient tradition of placing coins under a new mast. The lore is that if the boat ever goes under and the crew lost, the crew will have money to pay the ferryman to cross the River Styx. After the mast was removed, Jeffrey carefully picked up the coins and stowed them away until the new mast is installed. We’ll be sure to add a 2017 coin to commemorate the year of the new mast.

Back the boat, Greg has been making the new Grand Staircase that leads to the cabins, and Tim’s been removing structures from the boat, like th

The new custom fridge and freezer, which Eli S. began work on in the spring, moved out of the shop and onto the boat.

While we’ve been busy on the boat and in the shop, the actual Tin Hat has been in construction. Sean and Nigel from Fluid Fabrication, in Bellingham have been working hard welding the structure.

There’s been a lot going and we’ve been thankful for all the help we’ve had so far. The first few days were filled with lots of mundane things, like carting load after load of David B stuff up the dock and into the storage locker. Thank you to Carol and Steve W., Dan K., Craig T. Jack M. and Eli S. for helping to make that workload much lighter!

PS-  Here’s a video of removing the David B’s mast: